It is well known that the 1987 black Monday contributed to the poor sales of the Ż40k Z1, it was an expensive luxury in a financial crisis. Never intended for the UK market and in LHD format also put many off. Step forward Dave Iles of Griffin Motorsport, who took up the challenge when approached by a local BMW fanatic to convert one of the first off the production line for his wife, who refused to drive it, he wanted a full RHD conversion and Hartge 2.7 upgrade.

Griffin Motorsport came about as a result of the successful race partnership between Dave Iles, who built Hartge based race engines for Bill Griffin to race, in the BRSCC Modified Saloon Class. The company was owned by Bill, with Dave as Technical Director who enjoyed moderate success, winning the M3 Challenge Cup, run by BMWCC and the 500k Long distance race, to name a few. Due to their on track success and Hartge seeking a UK presence, a deal was struck and Griffin Motorsport became the first official UK Hartge Supplier, specialising in engine rebuilds, M3 Race cars and conversions for the track. With the later inclusion of Birds Autos as an alternative Hartge Supplier, Griffin expanded their portfolio to include E30 based road conversions, wide body kits and road based engine upgrades.

Dave Iles recalls that with no prior knowledge of the Z1, but having converted many M3s to RHD, how hard could a Z1 be?

The objective was to ensure the conversion looked like it was designed and assembled by Ulrich Bez and Co. Using the same concept as the Griffin M3 conversions, all parts were sourced from the RHD 325i where possible, including the Steering Rack and pedal box. The biggest challenge was of course the Interior, with no RHD parts bin to steal from, they took the unusual step of rebuilding the dashboard from scratch. It was removed, leather unstitched, cut into 5 separate sections, fiberglass used to make a mirror image of the originals, before the sections were reassembled, recovered in leather and reverse fitted on the right.

The minimalistic interior meant wiring simply had to be rerouted and extended, the brake Master Cylinder relocated, followed by a bespoke tubular exhaust and 6branch manifold, which was easier to make than modifying the existing setup. Unlike the M3 however, the passenger side of the tunnel leading to the bulkhead, is not a carbon copy of the driveršs side, resulting in the steering wheel being positioned slightly off-center and the pedals placed closer together due to a lack of space. With the engine upgrade, Dave was in familiar territory, their 2.7, known as the E30327, achieved by using the same engine and Bore, but with an increased stroke, fitting the ETA crank, a shorter Conrod from the 320 and Marla Pistons, producing a healthy 218hp, torque steps up to 204 and 0-60 drops to 6.8.

I got in touch with Kevin Bird of Birds Autos, who produced 2 RHD conversions around the same time, they took a different route to the RHD conversion. The Dashboard remained in situ, the leather on the passenger side was unstitched and removed, a cutout made in the dash to accommodate the instrument panel, a fiberglass cover was then constructed, rolled and recovered in leather, before being wrapped around the Dash where the instrument panel used to be. As with Griffin, wiring did not pose a problem, the original pedal box was modified and bracketed to fit with cranks, arms and pullrod, the brake linkage was designed from scratch, with the master cylinder and brake boost staying put. Due to the workload and bespoke nature of the linkage, the entire conversion took 4mths to complete, compared to 3 weeks for a typical M3.

Birds produced 2 options for their engine upgrades, the H26, consisting of a camshaft and engine management upgrade, increasing capacity to 2.6 producing 190HP or the H27, Bored and stroked to 2.7 producing 210hp. Neither Birds nor Griffin sought to change the standard suspension as it was deemed more than adequate to cope with the increase, but the former did offer a set of Sports springs as an option.

At close to Ż7000 for the RHD conversion from both suppliers, you need to dig even deeper for an engine upgrade, which would set you back Ż3800 for an E30327 and Ż4500 for a H27, excluding VAT. It was not cheap, with the bulk of that went on labour, as neither supplier listed this as part of their business model and each conversion was treated as a one-off.

Griffin converted 6 cars in total, most of which were for UK based owners, with 1 RHD kit developed and sent to an official New Zealand BMW Importer as regulations stated that all LHD cars could only remain in the country for a few months or face a huge import duty bill, the conversion mitigated that cost.

Duncan Gilbert is a London based property developer and the proud owner of AL00011, one of the 6 Griffin Z1šs. Bought from Munich Legends in 99 with the sole purpose of attending the 2000 Gumball Rally, he remembers it clearly, receiving a call from a friend to say he had found something ęunusualė. At 12k miles and with slight accidental damage, the car was restored in time for the adventure. We met at his north London base for a chat, just as Car Care Of Kensington was leaving, having swung by for a little detailing. With tales of the Gumball Rally, long term ownership, issues, maintenance, the usual enthusiastic exchange that takes place between all Z1 owners, which I wont bore you with.

I remember test driving a Birds converted Z1 some years ago, and now having the pleasure of sitting in the Griffin, both felt strange, the seating position, raised flooring and pedals felt awkward, but once you get used to that, itšs the aesthetics that differentiate the 2. For example, the Birds conversion did not accommodate the light switch and was relocated, the wrap around the dashboard had a DIY look about it, whereas the Griffin was identical to the original, the light switch in the correct place, the creases in the leather, the stitching (although wonky in places), no visible signs of cutouts. Itšs an interesting take into what the car may have looked like, had they been supplied in RHD. Unfortunately Griffin Motorsport are no more, they ceased trading in 2003, but my thanks to Dave Iles, Duncan Gilbert and Bird Autos for taking the time to help put this together. 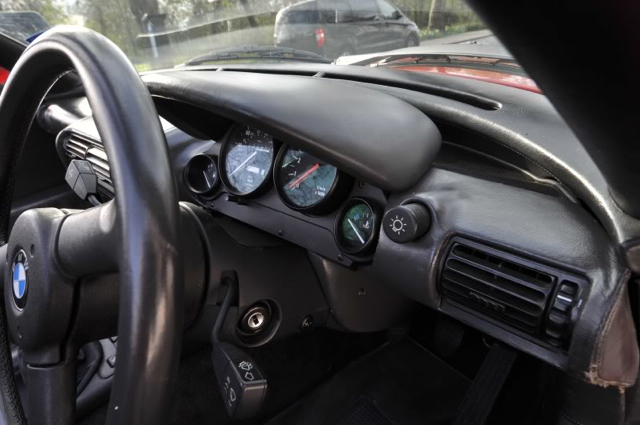 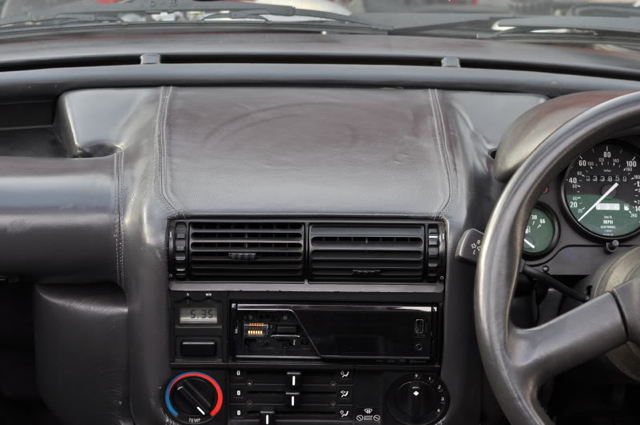 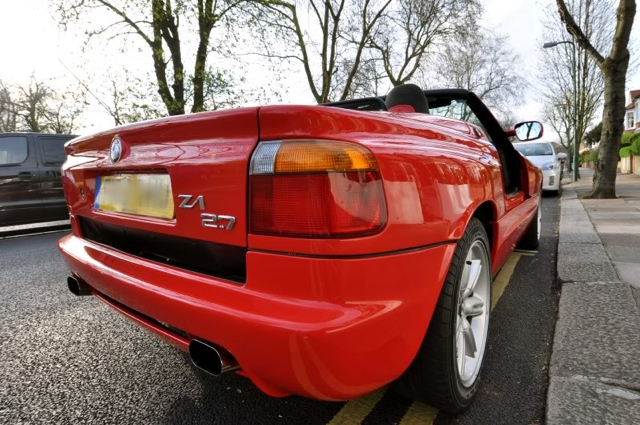